It’s always fun to find secret or forgotten treasures while tidying up our homes. Generally, this happens when we find ourselves with a little too much time on our hands, and figure it would be the perfect time to embark on our annual spring cleaning. Usually, the treasures we unearth are nothing more than some old coins between the couch cushions or cool vintage pictures of Grandma back in the day. But for one Wisconsin couple, deciding to renovate their home was a life-changing experience, after they discovered an old Roman bath hidden under the floors of their home. Amazingly, after many many years, it was still intact.

Mark and Jenny Ronsman, both 39, are a married couple living in Wisconsin, USA. Just over three and a half years ago, they purchased a new home together. The tub didn’t come as a total surprise – they were informed by the home’s previous owner that there used to be a secret tub in the bathroom, but since the inhabitants stopped using it, the tub was covered up and the room was turned into a home office. She even showed the couple photographs of the tub filled with water and people. However, the photos were unclear and did not reveal the beauty of what was preserved for so many centuries. 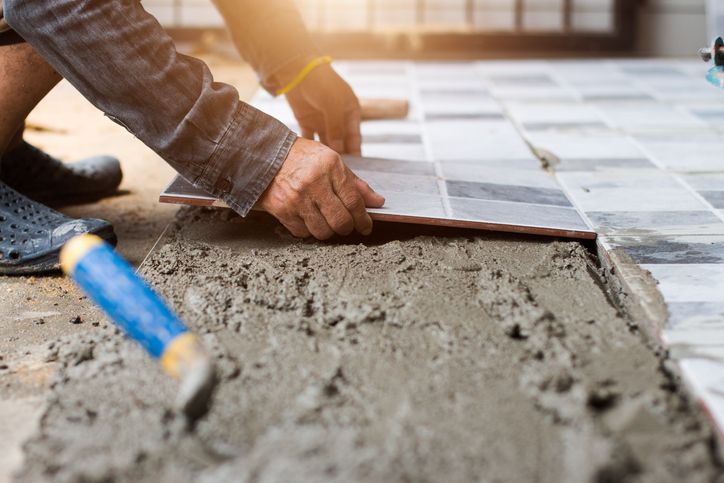 Seeing as they finally had some time on their hands, the Ronsman’s decided to dig up the secret tub. They first tore off the carpet covering the tub and chipped away at the leveling material around its edges. Much to their joy, the gorgeous tiles appeared to be in good shape. They then spread a coat of sealant on tub’s stone floors, whitened the cement sticking the tiles together, and had the entire tub sanitized.  The last steps were sealing the doorways to keep in the steam, and adding a security system to alert them if anyone enters the room without deactivating the alarm first; the couple has a young child and didn’t want to take any chances.

The Ronsmans were amazed to discover the gorgeous piece of history that was hidden beneath their very own floors. They were also grateful that the owners made it possible to reverse the renovations that were done to cover it up. Since moving into the new house, the couple was always curious about the secret old tub mentioned by the previous homeowner. Thankfully, they had a bit of spare time on their hands and were finally able to uncover it for themselves.