Known around the globe as a synonym of elegance and class, Chanel No. 5 just completed its 100th year of existence. Superstitiously, the iconic perfume was officially launched on the fifth day of the fifth month of the year back in 1921. In order to advertise her new product, Coco Chanel infused her rue Cambon boutique with the scent and gifted her high society guests with bottles of Chanel No. 5. In fact, the launch party was such a success that her friend Misia Sert even described the experience as, “Like a winning lottery ticket.”

Over the following hundred years since its creation, the perfume gained a life of its own. While in the first few years it was only sold in Chanel’s boutiques in Paris, the designer eventually decided to spread its sale across the world. With the release of the “pocket flaçon” in 1934, Parfums Chanel saw a great opportunity to expand sales to the middle class. Chanel No. 5 was suddenly being sold at military post exchanges, where soldiers would buy it as a souvenir for their wives back home. From then, it didn’t take long until Marilyn Monroe, when interviewed for her Life Magazine cover, famously answered the question “What do you wear to bed?” with “Chanel No. 5”. 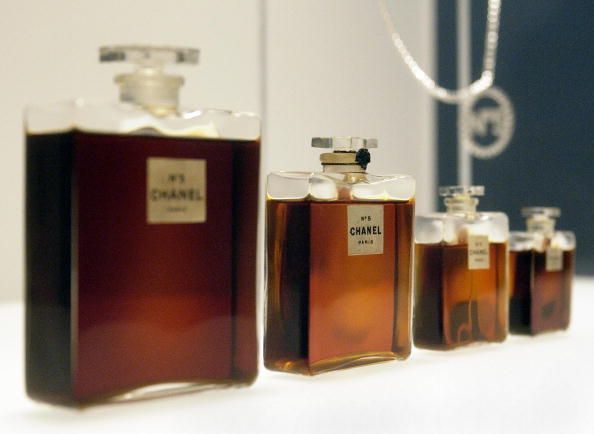 As for the reason behind the “No. 5”, the explanation is simple: it was Coco Chanel’s favorite number. When her master perfumer, Ernest Beaux, presented her with sample scents numbered from 1 to 5 and 20 to 24, she picked the 5th sample and told him: “I present my dress collections on the fifth of May, the fifth month of the year and so we will let this sample number five keep the name it has already, it will bring good luck.”