Celebrities Have Been Writing New Music While Quarantined

Everyone is handling this very strange period of time social distancing: either staying busy or going crazy. Since no one wants to lose their mind while stuck at home, people are getting creative. Celebrities are keeping themselves and us entertained by hosting concerts on Instagram Live, chatting with other stars, and working on their own creative projects. Harry Styles just revealed that he’s written some new music during his downtime. In an interview with Zane Lowe on Apple Music, Styles said, “I’ve been writing so much. To be honest, I’m doing some of the stuff that I should be doing more often anyway. I should be playing the guitar more. I should be writing poems and lyrics more. So I’ve been doing a lot of that.” 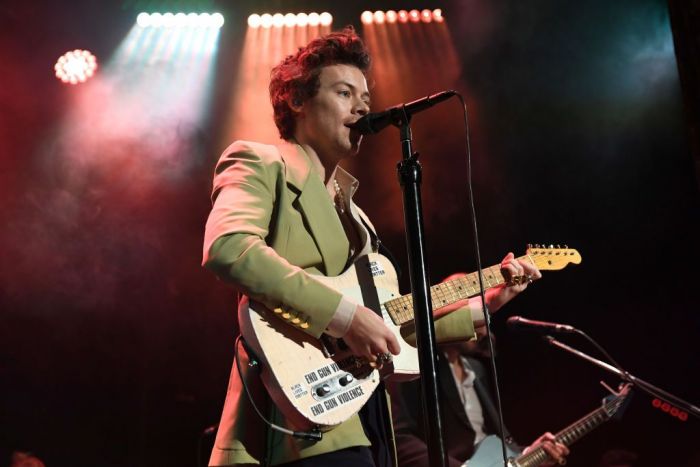 Harry predicts a big boom of music releases in the next couple of months. “I think a lot of powerful music is going to come from that,” Harry added, “because ultimately you have people who have a need to express themselves through music and writing and film and so many different ways, who are now having a lot of extra time with no distractions. It gives you an ability to have almost like a bird’s-eye view of the world and your life.”

Recently artists like Charli XCX, OneRepublic, and Pitbull wrote, recorded, and released new music during the pandemic. A lot of the lyrics of their songs also refer to the pandemic. Twenty One Pilots released a song called “Level of Concern” with lyrics that talk about the coronavirus pandemic. The track is the first new song since the release of their 2018 album “Trench.” The duo Tyler Joseph and Josh Dunn will donate a portion of the proceeds to Crew Nation, a global relief fund for people whose jobs in the live performance industry have been put on pause due to concerts being canceled. OneRepublic frontman Ryan Tedder revealed that the album deadline was in late March while everyone was in quarantine. Some tracks, as a result, were inspired by the experience. “It’s an extremely emotive and cathartic album,” Tedder told Insider. “It’s so weird, only two or three of the songs were written during the pandemic, but the whole album feels like a letter to humans going through something.”