For the state of Louisiana, Mardi Gras is the biggest event of the year, bringing in nearly five billion dollars to their economy. While all of this is great, at the same time, the event always unfortunately and inevitably comes with endless amounts of garbage. In just New Orleans alone, there’s a shocking 1,300 tons of trash, many of which is plastic beads. Thankfully, a new solution has come out in order to put an end to this problem. Researchers at the Louisiana State University have managed to develop biodegradable Mardi Gras beads made out of algae. These biodegradable beads could potentially bring an end to not only to waste going around at Mardi Gras, but as well as to festivals across the globe. 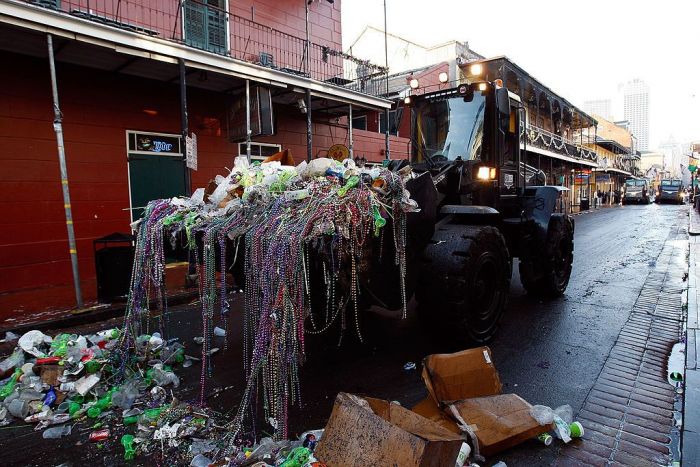 The researchers have been trying to find ways to make the annual festival better for the environment for years already, and they made this discovery by chance when a tube of algae was left by a student. The process is still one in progress, as it’s very costly at the moment, with estimations that it will cost close to thirteen necklaces.  But they’ve got high hopes that over time, the process of making these beads will be more efficient, and that they will be able to reduce the cost. These biodegradable beads are intended to degrade in soil within a year or two, in contrast to typical plastic beads which could last for hundreds of years. Hopefully, this is our answer to celebrating with a whole lot less guilt!