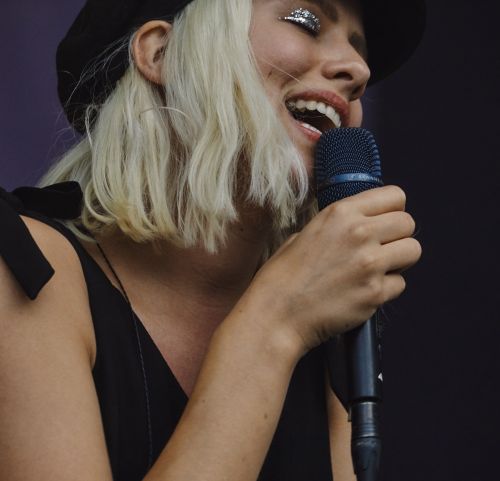 Have You Earned Your Tomorrow

Is anybody happier because you passed his way? Does anyone remember that you spoke to him today? This day is almost over, and its toiling time is through; Is there anyone to utter now a kindly word of you?

Did you give a cheerful greeting to the friend who came along? Or a churlish sort of "Howdy" and then vanish in the throng? Were you selfish pure and simple as you rushed along the way, Or is someone mighty grateful for a deed you did today?

Can you say tonight, in parting with the day that's slipping fast, That you helped a single brother of the many that you passed? Is a single heart rejoicing over what you did or said; Does a man whose hopes were fading now with courage look ahead?

Did you waste the day, or lose it, was it well or sorely spent? Did you leave a trail of kindness or a scar of discontent? As you close your eyes in slumber do you think that God would say, You have earned one more tomorrow by the work you did today?

Billie Eilish meets James Bond is the crossover we never thought we’d see. But fortunately for fans of both the young award-winning artist and the iconic spy films series, that crossover is here. Just recently, Eilish was commissioned to record the new theme song for the upcoming Bond film.

“No Time To Die” is a slow, moody track that seems to fit perfectly with the dark tone of Bond’s character arc in the most recent films. It is classic Billie Eilish style in many ways and serves as a reminder of why the 18-year-old took home five Grammy awards.

Previous Bond theme songs include “Skyfall” by Adele, “Writing On The Wall” by Sam Smith. Both of these tracks had a more dramatic orchestral element to them, but they share with the latest theme song a sort of melancholy, foreboding aura that suggests that danger is just around the corner.

The track was produced by Eilish and her brother, Finneas, whom she frequently collaborates with, and Stephen Lipson. The orchestral arrangements were produced by Hans Zimmer and Matt Dunkley.