If someone mentions travel destinations in the UK, most people think of the city of London. And that’s pretty understandable. The British capital has some of the most famous attractions in the world, such as Big Ben and the Buckingham Palace. For those looking for a slightly less travelled UK city, look no further than Scotland’s capital, Edinburgh. This city is known as an art and culture haven, with its stunning architecture and dozens of museums and restaurants. However, Edinburgh also happens to be a city surrounded by nature. Just a few miles out of the city, travellers can explore beautiful landscapes and scenic old towns.

One of the most popular day trips from Edinburgh is the Loch Ness tour. At Loch Ness, visitors can explore the area around the deep, freshwater loch which is one of Scotland’s most beloved tourist attractions. Afterwards, a stroll around Glencoe, the picturesque village along the banks of Loch Ness, is the perfect way to end the afternoon. The dramatic scenery of the Scottish Highlands is truly out of this world, and definitely worth the drive out of Edinburgh. 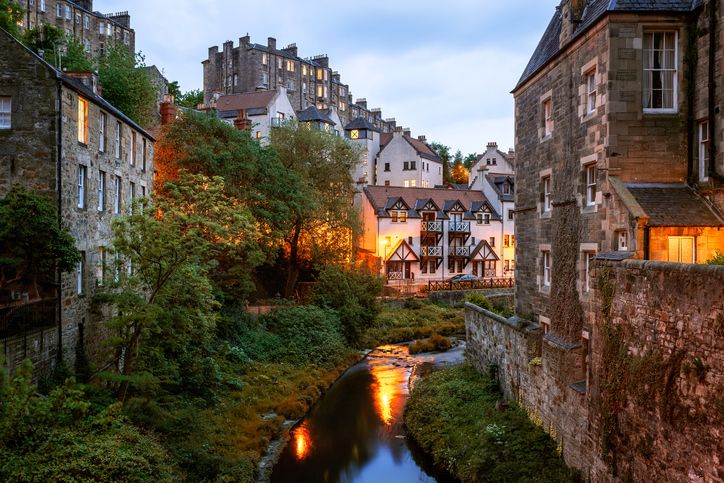 Another way to spend a day out of the capital city is by exploring Scotland’s coastal area. Many nature lovers flock to St. Andrews and the Fishing Villages of Five. In the historical town of St. Andrews, visitors can roam the grounds of Scotland’s oldest university as well as the oldest golf course in the world. Don’t miss out on Falkland Palace, which is situated in the lovely rural village of Falkland, which was once a royal borough. It is here where Scotland’s old royal family once lived.

Lastly, you can’t leave Scotland without taking a trip to one of its many whiskey distilleries. The country is known for its whiskey-making, so if you’re a whiskey lover, you’ll definitely enjoy the tasting offered at the end of many of these tours. Just make sure to have a designated driver handy.