Bad Religion To Release 'A String Of New Singles'

Just like everyone else, musicians and their fans have had a pretty rough year. Due to the ongoing health crisis, many artists have had to put their plans on hold. This means that new album releases, live concerts, and other projects have been delayed, sometimes indefinitely. One group of musicians this has happened to is the American punk rock band Bad Religion. Rising to popularity in the 1980s, the beloved band is still very much a part of contemporary music culture, generally singing about topics like politics, religion, and the media, and science. Since the pandemic, they have had to put their scheduled tour on hold, but luckily, they have been able to use all the free time to work on some new music. The band’s lead vocalist and songwriter Greg Graffin recently told fans that they can expect “a string” of new tracks to drop very, very soon. The Bad Religion frontman talked about their new music during a recent sit-down with New York’s Q104.3 radio station. During the interview, he revealed some of the positive sides to the current COVID-19 restrictions. Apparently, the band didn’t have much time to spend in the studio since they were so busy touring, and it was quarantine that enabled them to get back to working on new material. 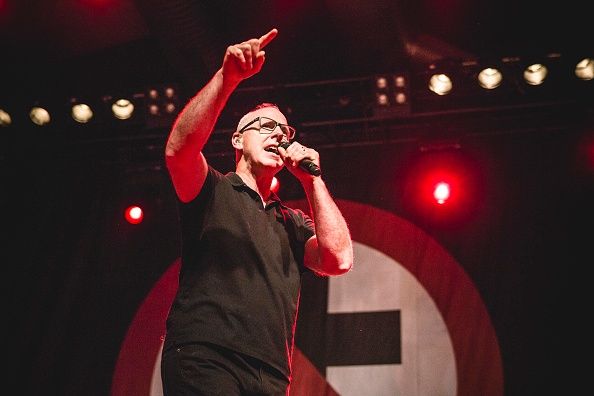 “The idea of a band getting together after a concert, getting on a bus and just writing music, in our experience, that just doesn’t happen. Good writing is really a time of reflection, and it happens at times like these,” the 55-year-old singer explained during his interview. Bad Religion is expected to drop an album sometime in the near future, which will feature the new material that they’re currently working on. The last studio album they released together was 2019’s Age of Unreason. Apart from making new music, members of the punk band have plans to begin touring again in the Spring of 2021. They will reportedly be joined by fellow punk-rock bands Suicidal Tendencies, Millencolin, and Pulley.