Ariana Grande and Justin Bieber are two of the music industry’s hottest young stars. Each of the singers has their own record-smashing hit singles, as well as their own appropriately-named fanbase – the Arianators and the Beliebers, respectively. Ever since last year, when Bieber joined Grande on stage at the Coachella music festival, both fanbases have been praying for a music collab between the two pop singers. Well, both Arianators and Beliebers can rejoice, because that much-awaited moment has finally arrived – and it’s going toward a good cause.

Bieber and Grande have collaborated on a new single, “Stuck with U”, which is set to be released on May 8th. The song marks the second musical collaboration between the two pop stars, following the remix of Bieber’s catchy track “What Do You Mean?” There is some more good news for fans of the collaboration. It was announced that proceeds from the steams and sales of the new track will go toward the First Responders Children’s Foundation. Pop music lovers can enjoy listening to the new Grande-Bieber collab track while knowing that they’re benefitting a worthy cause. 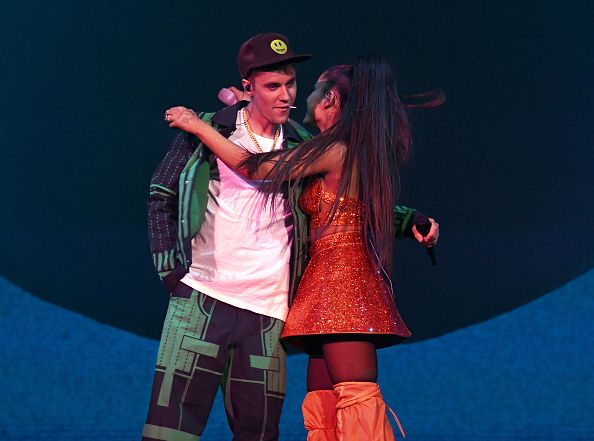 While announcing the news of his collaboration with Grande, Bieber dubbed their new track as “the prom song for everyone who can’t go to prom now.” The Canadian pop star also offered fans the chance to be a part of the clip’s music video by sending in their own prom-themed footage. “Tweet us videos using #stuckwithu or #stuckwithuvideo of you in your prom dresses or suits with your loved ones having fun or dancing to the instrumental. If you don’t have that just have fun with your loved ones. Help us make this about all of us in quarantine,” the singer wrote on social media.