An Entire Village in Sweden Is for Sale for $7.2 Million

Many people would love a vacation in Europe right about now, but how about a whole village? Christie’s International Real Estate announced that the tiny village of Sätra Brunn, in Sala, Sweden, is now for sale. The village is located about 90 minutes from Stockholm and has a 300-year history. It’s famous for being a go-to spa destination, according to Christie’s International Real Estate. First established in the 1700s by a medical officer named Samuel Skragge, who discovered a natural mineral spring in the village, bought the 60 acres of land, according to the New York Times. When Skragge bought the land he built a well, a well house, a bathhouse, a church, a hospital, and housing to encourage visitors to come to the village. He also wanted people to experience the healing waters of the village. Spa villages like Sätra Brunn were popular destinations even back then 300 years ago. Today, there are 70 structures, including a conference center, restaurant, an indoor pool, sauna, and gym, as well as housing. The village also has been bottling its natural spring water since 2015.

Skragge created a place for visitors to relax. But he also monitored their diets and encouraged daily exercise. “Sätra Brunn prided itself on inclusiveness. All were welcome to enjoy the waters. Guests were, as well, with a proviso to drink the water each day, then stroll the parks,” it says in the statement from Christie’s. Apparently, guests were also told to avoid “controversial discussions” so as not to “disrupt the water’s healing properties.” 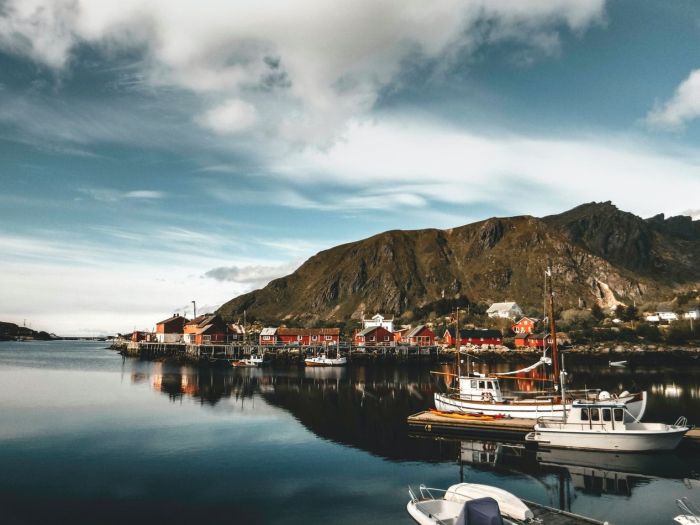 According to the New York Times, the village has not only been a wellness retreat, but also a holistic research and treatment center associated with Uppsala Academy between 1747 to 1999. In 2002, the village was sold to a group of entrepreneurs and was run as a spa as well as a venue for weddings, events, and concerts. The current owners are in their retirement years and are looking for “other people who can take care of [the village],” according to the New York Times. The ideal candidate would work on updating the village and to dedicate to preserving its history. The asking price for Sätra Brunn begins at $7,295,923. You’ll get 60 acres of land plus an additional 84 acres of undeveloped land.