A Glimpse At The Met Gala

Dubbed “The Oscars of the East”, the Met Gala is an annual event that celebrates the Metropolitan Museum of Art’s latest exhibition at its renowned Costume Institute. And it was supposed to take place today. The star-studded extravaganza, which traditionally takes place on the first Monday of May each year, is one of the most highly anticipated events of the season. It is looked forward to each year both by people in the fashion industry and fans of the celebrities in attendance. On March 16th, it was postponed indefinitely. As of now, a new date has not been proposed. The last time the Met Gala was postponed was back in 2002, due to the 9/11 attacks the year before. This year’s event, which was to be sponsored by Louis Vuitton and Condé Nast, was planned to have the theme “About Time: Fashion and Duration”.

It’s not easy to get invited to the Met Gala. But if you are approved by Vogue editor-in-chief and chairwoman of the gala, Anna Wintour, you’ll still have to pay a hefty price to get through the door. Tickets to the event generally cost $30,000, with some reports saying they can go up to $50,000. But considering the fact that it’s a 3.5 million dollar event, the entry fee is not all that surprising. Despite the price, a ticket to the Met Gala is one of the most coveted invites of the year. It’s the place to seen and be seen, and to be surrounded by hundreds of famous celebrities. As American fashion journalist Andre Leon Talley once put it, the Met Gala is “The Super Bowl of Fashion”. 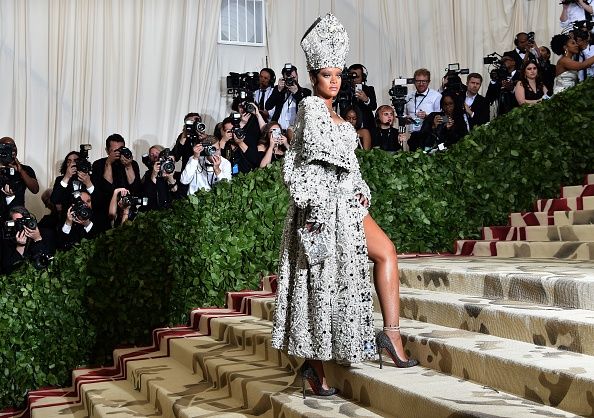 The theme at last year’s Met Gala was “Camp: Notes On Fashion”. There were over 200 pieces of fashion on display, including the work of high-end designers like Karl Lagerfeld, Alexander McQueen, Virgil Abloh, and John Galliano. The exhibition’s theme was centered around exaggerated fashion. While some stars weren’t quite sure how to work the theme, others, such as the always-quirky Katy Perry, proved that they were basically born to do camp. As Lauren Alexis Fisher wrote for Harper’s Bazaar, “Camp fashion can be humorous, ironic, or simply extreme in its nature.”