You might think 1969 was the year of Woodstock. And while it is true that the festival had a huge impact on music for many years to come, it was far from the only important event that took place at the very end of the 1960s. But let’s start from the beginning.

Only a few days after the beginning of the new year, London-based Led Zepellin released their eponymous debut album. A couple of weeks later, another British band has a meaningful day: The Beatles perform their last show on the roof of the Apple building in London. In February, legendary artists Johnny Cash and Bob Dylan get together in Nashville to record for “Girl from the North Country”. A week after the recording of the duet, Johnny Cash performs at a Californian state prison which is later immortalized in a live album called At San Quentin. In March, for the first time since The Beatles, John Lennon performs with Yoko Ono at an improvised concert in Cambridge, England. 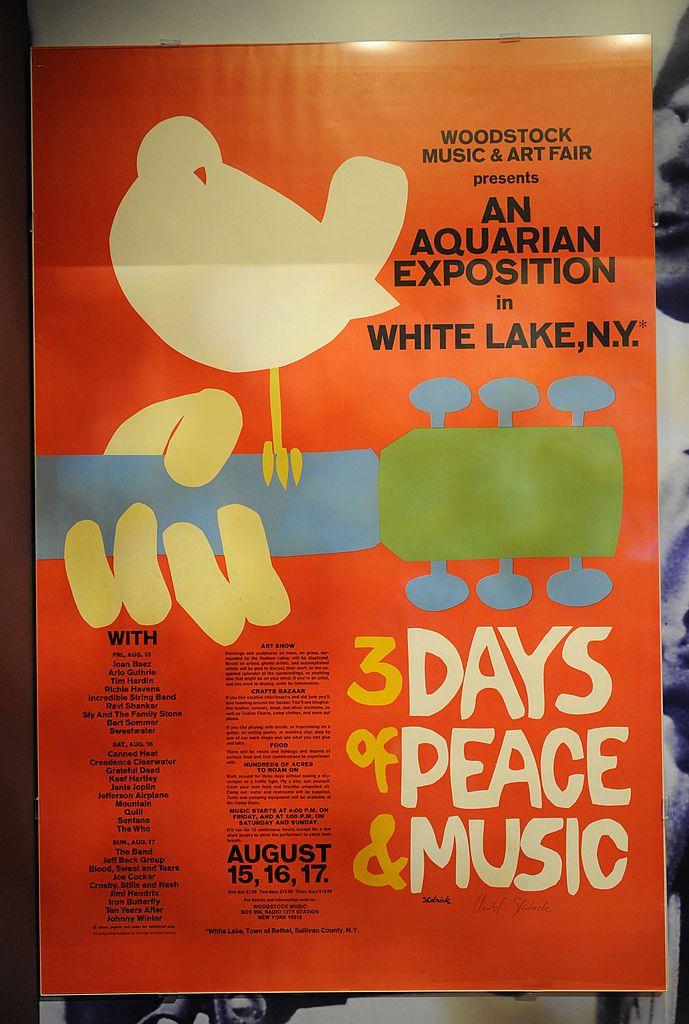 Summer arrives and The Rolling Stones perform for 400,000 people at Hyde Park in London as a tribute to Brian Jones, with their new guitarist Mick Taylor. At this time, American astronauts are landing on the moon for the first time, and David Bowie’s Space Oddity becomes an instant hit. And still in July, Elvis Presley returns to Las Vegas for live performances.

It is on the weekend of August 15th to 17th that The Woodstock Music and Art Festival is held at Max Yasgur’s dairy farm in Bethel, New York. Attracting an audience larger than 400,000, the festival’s performers include Jimi Hendrix, Janis Joplin, The Who, Grateful Dead, and Crosby, Stills, Nash & Young. Following its success, British festival Isle of Wight Festival receives 150,000 attendees – 15 times more than it had the previous year.

As the end of the year approaches, Diana Ross & The Supremes release their last album as a group, Someday We’ll Be Together. At the same time, Janis Joplin releases I Got Dem Ol’ Kozmic Blues Again Mama!, her first solo album, and Elvis Presley reaches No. 1 on the Billboard chart with Suspicious Minds for the first time in seven years. The year ends with the release of The Jackson 5’s debut album, Diana Ross Presents The Jackson 5.